Top 6 performances of European athletes at the 2018 Winter Paralympics

This year, the United States won 36 medals including 13 in gold to finish first at the final medal standings. It is the most successful performance in 16 years for the USA. Russia (Neutral Paralympic Athletes) and Canada complete the podium with 24 medals and 28 medals. The first European country is France with 20 medals including 7 in gold. Germany finished fifth with only one medal behind France. 19 European countries won at least one medal, congratulations! 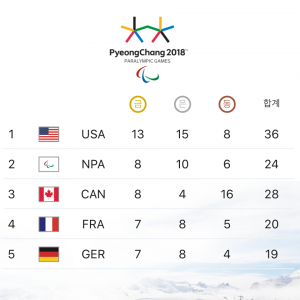 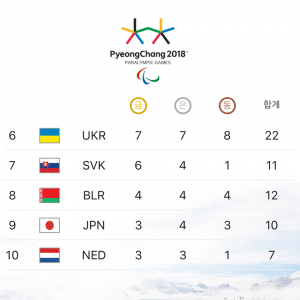 We highlighted 6 performances of our European athletes, tell us what is your favorite! We also give our big congratulations to all participants from all over the world, you are amazing!

The best performances by European athletes

?? Bibian Mentel-Spee won the gold in the Snowboard cross. Despite the fall of both her and Lisa Bunschoten, this race will remain in the Paralympics memory as a beautiful moment of friendship and humanity. In 1999, Bibian suffered from an ankle injury. While she was completing the season, her ankle was still hurting. An X-rays showed something on her tibia, at this point she was diagnosis with a malign bone tumor. While she was training for the Winter Olympics and qualified for it in 2002, the tumor had regrown and she agreed to have her leg amputated. After fighting cancer nine time and at the age of 45, Bibian Mentel-Spee won her third gold medals in two Paralympics participation.

?? Dino Sokolovic won the gold in the Slalom Run. He made history since he is the first to win a gold medal for Croatia at a Winter Paralympics. Dino lost the use of both legs after a terrible car accident in 2003 when he was only 14 years old.

?? Menna Fitzpatrick and her guide Jen Kehoe won skiing slalom standing. They showed a great teamwork to beat Slovakia’s Henrieta Farkasova and Natalia Subrtova by 0.66 seconds. Menna Fitzpatrick was born with congenital retinal folds and has no vision in her left eye and limited sight in her right; her vision is approximately 3%. The duo became Britain’s most successful-ever Winter Paralympians.

?? Mikhalina Lysova won the gold over Ukrainian’s skier Oksana Shyshkova. She claimed gold medal in 6km and 12,5km with an amazing shooting and focus. She was born with healthy eyes but when she was 10 month old her vision started weakening. With determination and hardwork she became over the years one of the most successful Paralympics skiers of Russia with more than 15 medals. Can you imagine skiing and shooting without sight? Mikhalina Lysova is showing you how it’s done ⬇

?? Giacomo Bertagnolli and his guide Fabrizio Casal won Giant Slalom visually impaired. Giacomo Bertagnolli was born with atrophy of the optic nerve and this condition affects his vision. He is always in for trying new things and starting a new adventure “I’m a positive, crazy, determined guy. I love travelling and meeting new people. I always want to try new sports, the crazier they are, the better it is. I’m not afraid“. He was participating for the first time and he won 7 medals including 2 golds.

?? Marie Bochet won skiing giant slalom standing. Despite being born with agenesis (failure of an organ to develop) of the left arm, at the age of 5 she started skiing and through the years she became one of the best at it. In 2014, she made history by winning 4 gold medals. This year, she did it again! With 8 gold medals, she is more than ever the most successful French sportswoman in the history of the Paralympic Winter Games.

You can also read the Top 6 performance of our athletes during the 2018 winter Olympics.