The Grandmas Project is a project launched in 2015 by the French filmaker Jonas Pariente. The idea behind the project goes back a few years before when Jonas started to film both of his grandmas “to capture both the diversity and the unity found within my two different heritages” (one was born in Warsaw and one was born in Cairo). After one of his grandmother passed away, he decided to launch the Grandmas Project.

The idea behind it is to share “the world’s most delicious heritage by collecting recipes and stories from grandmas around the world. What’s make this project unique is that the grandmas are filmed by their grandchildren. It makes the video more touching considering the special bond that link a grand mother and her grandchild.

KNEIDLER
A recipe by Julia Wallach, a film by Frankie Wallach
France – Poland

“Grandmas Project is my proposal to collectively share, explore
and celebrate what our grandmothers have passed
down to us – through food, the world’s most delicious heritage.”

In 2013, the Grandmas Project team met with the Intangible Cultural Heritage program at UNESCO. A promise of a sponsorship reinforce their idea to do it. In April 2015, in order to get the necessary fund they launched a Kick starter campaign. 2 months later, the project raised more than 21 000$, the goal was reached. The project can finally become more concrete. At the beginning of 2016, the reward is here! Grandmas Project has received the UNESCO Patronage: 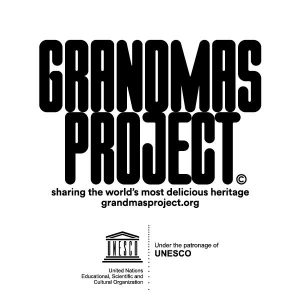 All videos are with English subtitles making content enjoyable for people all around the world. Some videos by “Grandmas Project” are already available online on Vimeo: